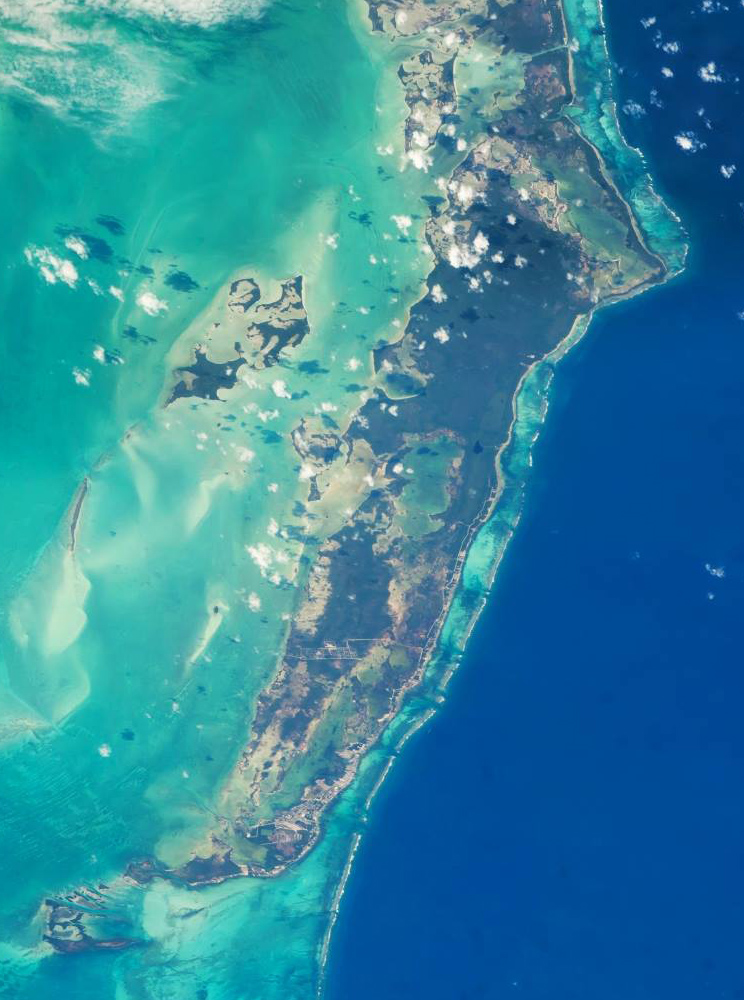 Ambergris Caye is the largest island of Belize, located northeast of the country’s mainland, in the Caribbean Sea and is about 40 kilometres (25 mi) long from north to south, and about 1.6 kilometres (1 mi) wide. It  is administered as part of the Belize District.

It is mostly a ring of white sand beach around mangrove swamp in the centre, apart from areas that have been modified by man.

A Maya community lived on the island in Pre-Columbian times, and made distinctive polished red ceramics.

San Pedro Town is the largest settlement and only town on Ambergris. There are also a number of small villages and resorts. Two resorts north of San Pedro played host to the first season of Fox’s Temptation Island in 2000, aired in 2001.

Tourism development of Ambergris Caye began in the early 1970s and grew considerably in the later years of the 20th century. The main attractions are the Belize Barrier Reef and its beaches. That barrier reef is the second largest in the world, after the Great Barrier Reef of Australia. The caye has a small airstrip serviced by Tropic Air and Maya Island Air, and can be reached by plane from Belize City as well as by numerous fast sea ferries. Ambergris Caye can also be reached by ferry from Chetumal in Mexico.

Ambergris Caye is commonly referred to as the “Isla Bonita” (English translation: ‘The Beautiful Island’), after Madonna’s 1987 hit “La Isla Bonita” mentioned a place called San Pedro. (Madonna has said the song does not refer to any particular place.) Ambergris Caye is famous for the turquoise seascapes surrounding the island which matches the character and Caribbean charm of the destination. Because of the island’s small size, the main form of powered transportation is by golf cart.