With the holidays quickly approaching, many people have already started making travel plans. Some of these plans may include going on a vacation. Unfortunately, the only caveat to visiting one of the best travel destinations in the world may be finances. The good news is that there are many locations within the United States and abroad you can visit without going over budget. 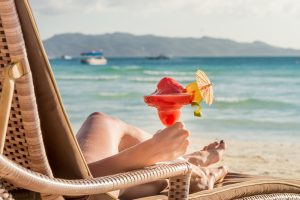 From Mexico to Canada, there are several places where you can begin the new year with relaxation and adventure. The following list features some well-known locales as well as some lesser known, intimate destinations.

If you are looking for travel destinations where there is a favorable exchange for the U.S. Dollar, you do not have to look any further than to the United States’ neighbor to the north. The added bonus is that you can explore and enjoy a city that has a strong French influence without having to endure an expensive and long flight to Europe.

In fact, in 2017, a very ambitious piece of public art was created in Montreal. The Cite Memoire is a projection of artwork that beautifully depicts the city’s 370 plus year history.

Cite Memoire is projected onto the buildings and streets within Old Montreal several times throughout the year.

Houston is considered to be one of the most diverse cities in the lower 48 states. This is an accolade that was once only held by cities such as Chicago and Miami.

There is an old saying that ‘Everything is bigger in Texas’, and as home to one of the most exciting cuisines in the country, you will be able to find a range of different types of food without blowing your travel budget. Are you looking for a fine dining experience instead of street food? If so, you can dine at one of the three restaurants in the city that are owned by James Beard Award winners.

The art scene in Houston boasts a range of works and institutions including the local Project Row Houses and the Menil Collection.

Unfortunately, there is a misconception that Hurricane Harvey, which hit the area in 2017, wiped out a lot of the city. As a result, hotels have seen a decrease in occupancy rates. Travelers can take advantage of deeply discounted room rates and better than average deals.

For those who want to travel to a more exotic travel destination, take a trip south to Yelapa, Mexico. This is a budget-friendly vacation option, and after taking a plane to Puerta Vallarta and a boat to Yelapa, you will arrive at a hotel tucked deep within the tranquil jungle of Mexico.

By hiking up some stone steps, the thickness of the jungle unveils a group of gorgeous and unique bungalows that provide equal parts of luxury, adventure, and relaxation on a budget.

Each new year brings with it hopefulness and the promise of change. Enter into the next twelve months with hopeful eyes for the future and vacation in one or more affordable travel destinations.

Saving Money At All Times

If you are interested in saving money even when not travelling, you could check out tips on how to save money when online shopping.